A Chinese meditative practice for body-mind wellness, originated from an authentic martial arts

This ancient Chinese practice aims to provide physical structuring, muscle strengthening, flexibility, stability and much more. The 5 Stances Practice is fundamental for those who wish to go deeper into the martial aspect of Plum Flower Boxing, that the centuries-old Chinese tradition considers it as the science of defense for yourself and your loved ones.

It will also be beneficial for physical and mental health and wellness.

This practice will in fact be a tool for a better connection between the body and mind. It will help us to re-establish contact with ourselves, to develop deeper self-awareness, which also will lead to greater self-confidence and self-esteem.

Becoming aware of ourselves, our own mental schemes, preconceptions that are limiting us, the way how we act and react to daily life situations, the main emotions that shape our actions; as well as the strengths of our character, our qualities and potentials… These are all essential for healthy personal growth, and to improve ourselves every single day.

Furthermore, you don’t need any specific equipment or wide space to practice.

I began my martial arts journey in my childhood by practising traditional Japanese Jujitsu, in a small and remote village in the South of Italy, Aradeo, in the province of Lecce. Later on, I began practising Chinese Sanda. Between the years of 2001 and 2003, I won three consecutive national tournaments of Italian Sanda Championship. In 2003, I was awarded as the Best Professional Sanda Athlete. Then fate dropped me in China.

In 2004, I officially moved to Beijing where I live now, I was accepted by master Suì by the traditional ceremony called bài shī 拜师 and began learning Plum Flower Boxing (Meiquan) through a systematic and ancient way of training on a daily basis. Constantly cultivating my practice through the most authentic means in Hebei, China, where the roots of Meiquan came from, I have inherited the purest quintessence of this style.

I have dedicated myself to learning Meiquan combining this ancient tradition of Chinese martial arts with its deep-rooted philosophy, now I would like to share the same journey with you.

“Giuseppe is a gifted teacher and highly skilled master. Watching his practice will inspire anyone to see what is possible with dedication and perseverance. The class left me feeling grounded, happy and more than a wee bit sore! Highly recommended!” 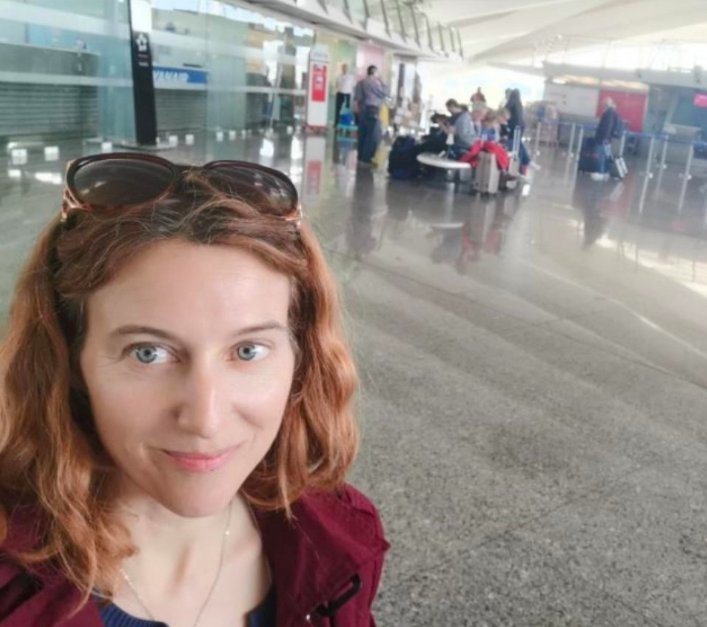 You’re going to spend 1 € on something today anyway — why not invest in two hours with me advancing your mind-body wellness or starting practicing an ancient Chinese Martial art?

Give me just a chance to PROVE the power of an authentic traditional training in your life.

Join for 1 € now. If you join that and don’t love it, you can just walk away, without any commitment. If you stay, you will be involved in a traditional and historical experience as extraordinary as it is rare and precious. You will get access to daily live training, I will be online to train with you and I will be guiding you during and after the training; you will get access to our worldwide community, you can meet new people from my community in your area to practice together; you will get privileged access to all the events and activities in-person organized by or for me around the world; and if you want it, step by step, I’ll bring you into the fascinating and inaccessible world of authentic martial arts in China, next to my mentors and art brothers.

Let’s get it done, and let’s get to train!

After you submit your application, you’ll also receive a confirmation email directly from me.

The confirmation email will contain a calendar. You can choose the date you would like to join us.

I will receive a notification for your participation, and you will receive automatically all the updates and the Zoom details in you email box.

all you need to know about this ancient Chinese workout

no constriction, no obligation, no commitment

2 hours Zoom webinar
Access to the live webinar online: learn and practice in the comfort of your favorite private space: you can choose wherever it is most convenient for you to practice
I will be online to train with you and I will be guiding you during and after the training
Tea Time virtual meeting: let’s talk about my journey
24/7 Email Support
Get Started

In which language you will be teaching your webinar?

Mainly in English, but I if you need I can master Italian, French and Chinese.

Absolutely everybody can join my training.
No prior experience required. I have had totally beginner students, as I have had experienced practitioners or masters from a variety of different disciplines.
Large numbers of people are also concerned over their age. You don’t need to worry about it, really. Give yourself a chance, we ourselves set up our own limits.

I followed the webinar, so, what’s the next step?

It doesn’t matter whether you train for a better body awareness and body-mind connection or because you love martial arts and Chinese philosophy. Every skills need practice, time and patience, that is why we usually use the word 功夫 gōngfu (kung-fu) and that is what gōngfu means actually.

So, a lot depends on the goals you set. After the webinar, you are totally free to choose how, when and how much you want to train with us. There’s no constriction, no obligation and no commitment. Just for instance, you could take a look at the Basic Daily Training, only €2,4 EUR per session to put into practice what you have just learned. Or look at the Monthly Membership for unlimited access to all kind of training online and in-person. You will be able to continue learning and training as much as you can – the more you train, the more you save and the more benefits you get.

Doesn’t matter what is your choice, I will follow and encourage your personal growth.

Why are you doing it?

My master and my art’s ancestors have spent their whole life mastering this discipline and trying to pass on this authentic heritage to the next generations. Often they went through a thousand obstacles, and historical troubles. I remember the last sentence of a Taoist treatise that my master gave me many years ago: “[…] This knowledge is beneficial to others, if you keep it secret you will unleash the wrath of Heaven and Earth, if you spread it you will gain health and longevity“. As long as we remain in the right respect of the tradition, these practices are beneficial and deserve to be spread and transmitted to anyone who benefits from them.

I’m encouraging you to take complete advantage of me here.
Test me out for just 1 €.
You’ll get a life-changing training.

Signup now, and if you don’t love this webinar, then you can just walk away, without any obligation!

Get live Coaching online For just 1 € !
Your order
There are no products in the cart!
Continue Shopping
0