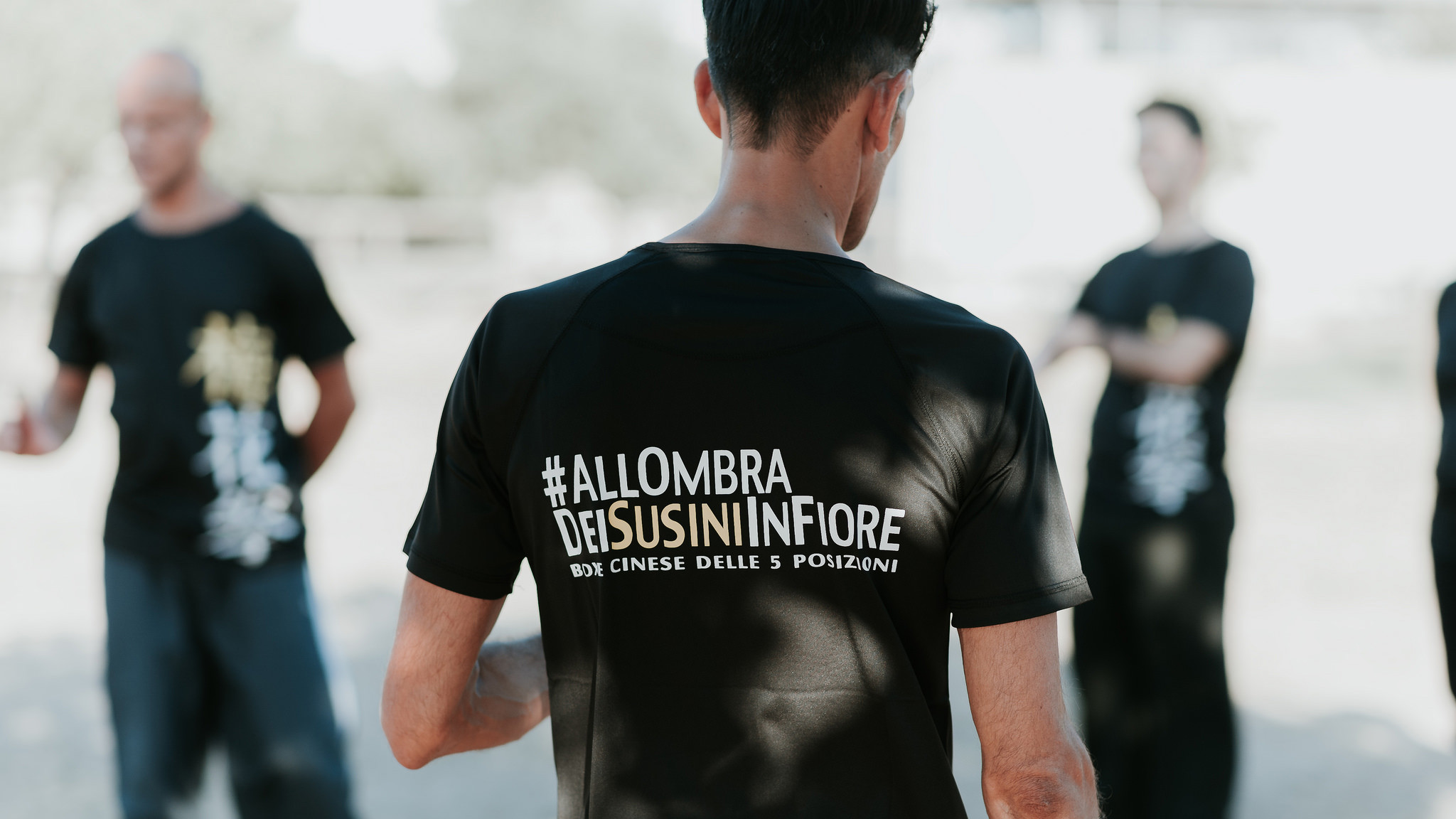 Giuseppe Mighali was born in 1982 and began his martial arts career in his childhood by practising traditional Japanese Jujitsu. Later on, he began practising Chinese Sanda. Between the years of 2001 and 2003, he won three consecutive national tournaments of Italian Sanda Championship. In 2003, he was awarded as the Best Professional Sanda Athlete.

In 2004, he officially moved to Beijing where, he was accepted by master Sui by the traditional ceremony called bài shī 拜师 and began learning Plum Flower Boxing (Meihua quan) through a systematic and ancient way of training on a daily basis.

Constantly cultivating his practice through the most authentic means in Hebei, China, where the roots of Meihua Quan came from, he has inherited the purest quintessence of this style. After 14 years of arduous training in China, through an ancient ritual in 2018, he was bestowed the representative of Meihua Quan in Europe. He has still been practicing Meihua Quan constantly with his Wuqiang Hebei Community.

Master Mighali has dedicated himself to teaching Meihua Quan combining this ancient tradition of Chinese martial arts with its deep-rooted philosophy.

His devotion to Meihua Quan leads him to his constant worldwide travels, where he shares his own personal knowledge with other martial arts students and Meihua Quan practitioners. He has been giving regular training courses of Meihua Quan in Italy, France, Germany and Russia. He also travels around the world to give training courses and workshops upon request.